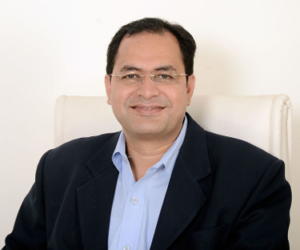 Hanmantrao R Gaikwad a.k.a. HR Gaikwad (born 21 October 1972) is an Indian entrepreneur and the Chairman and Managing Director of BVG India Limited, India’s largest integrated services company. Gaikwad was born in the village of Rahimatpur, Satara, Maharashtra. When he was in class six, his family shifted to Pune and lived in a tiny one room house. Despite the hardships, he secured 88% in class 10 and opted for a Diploma in Electronics from Government Polytechnic Pune. In the second year, he lost his father to a cardiac arrest. Gaikwad completed the diploma and went on to join the Vishwakarma Institute of Technology to study engineering, where he supported himself by working small jobs like taking tuition classes to painting houses and concreting pathways. 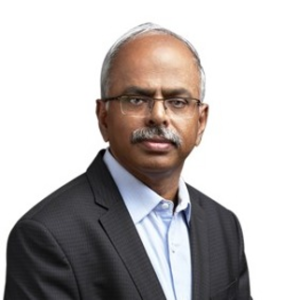 Arokiaswamy Velumani (born April 1959) is an Indian scientist and entrepreneur. He is the founder, chairman and managing director of Thyrocare Technologies Ltd. a chain of diagnostic and preventive care laboratories headquartered in Navi Mumbai. He is the founder and managing director of Nueclear Healthcare Limited, a radiology diagnostics company affiliated to Thyrocare. After graduating in 1978, Velumani began with a job in 1979 at Gemini Capsules, a small pharmaceutical company in Coimbatore, Tamil Nadu as a shift chemist. After three years, the company was shut down. He then worked at Bhabha Atomic Research Centre (BARC) first as a laboratory assistant, staying for 14 years. During this time he pursued his Master’s and Doctor’s degree and rose to the rank of scientist. He later was posted at the Radiation Medicine Centre (RMC), a BARC department at Tata Memorial Hospital in Parel, Mumbai, Maharashtra. Velumani decided to set up his own thyroid testing laboratory, Thyrocare, in 1996. He introduced a franchisee model in his diagnostic laboratory and offered affordable testing services. Thyrocare expanded from testing for thyroid disorders to preventive medical checkups and other diagnostic blood tests. Under his leadership Thyrocare became the largest thyroid testing laboratory, with a network of more than 1000 outlets across India, Nepal, Bangladesh and the Middle East. In April 2016, Thyrocare conducted its Initial Public Offer (IPO) release, achieving over-subscription of 72.86 times. Velumani is also the founder and managing director of Nueclear Healthcare Ltd. (NHL) a radiology diagnostics company with its main branch at Navi Mumbai, Maharashtra. This project offers cancer-related imaging services at half the cost of other providers. 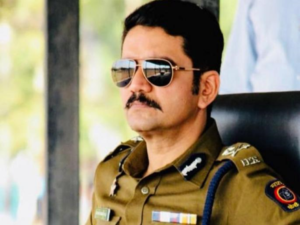 Vishwas Narayan Nangare-Patil is the Commissioner of Police, Nashik in the state of Maharashtra, India. Patil is an Indian Police Service officer of 1997 batch and in 2015 he was awarded the President’s Police Medal(gallantry) for his role in the counter terrorist operations during2008 Mumbai attacks.Commissioner of Police – Nashik

Vishwas Nangare Patil, Commissioner of Police, Nashik, has been garnering a lot of praise and for his latest initiative that surprised some and left others wondering what could have been the idea behind it. On May 29, Patil attended the wedding of Rakesh Rayate, son of senior police inspector Prabhakar Rayate in Jalgaon, Nashik. And unlike usual wedding gifts or cash, Patil gifted the newlywed couple brand new helmets. The helmets were presented by Mahindra Logistics Limited and Magmo Welfare Sanstha. 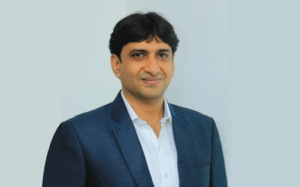 Lord of the rings, Amit Kumat’s Rs 850cr Prataap Snacks of Indore eyes gold in the snack market.  Anyone who grew up in the 1990s or had young children during the decade, in all likelihood, will remember Tazos and Boomer tattoos. The little discs with cartoon characters emblazoned on them were a craze with kids, who collected them, traded them, and bought numerous packets of Lay’s chips in pursuit of new Tazos. Prataap Snacks was incorporated in 2009, but it’s already the sixth-largest organized packaged snack maker in India. It makes a host of snacks from Chulbule to Fungroo and Scoops, but close to 40% of its revenue comes from Rings, its most popular brand which sells like hot cakes in small towns and cities. The popularity of its snacks helped the company’s annualised consolidated revenue increase to Rs 1,036.7 crore in 2017-18 from Rs 909.4 crore the previous year. It also propelled the company to No. 340 on Fortune India’s Next 500 from No. 437 last year. 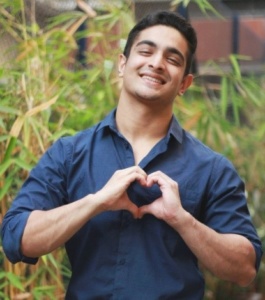 YouTube star who’s famously known for running the fitness, health, lifestyle, and cooking YouTube channel Beer Biceps. He gained 1.8 million subscribers on YouTube and 330,000 on Instagram. He created his YouTube channel way back  in December 2014. He studied Electronics and Telecommunication Engineering at the Dwarkadas J. Sanghvi College of Engineering.

Anup is a persistent, risk taking entrepreneur, always looking for new opportunities. He has more than a decade experience in managing successful businesses in Real Estate, Healthcare and Finance.
Whilst being instrumental in expanding his Enterprises, he participated in all aspects of business cycle i.e. production, finance, business development marketing and people management which gave him the core competence to strategize and expand any business.
Anup strongly believes to be successful in any business, one needs to be innovative and think ahead of time to anticipate the paradigm shifts that are occurring rapidly than ever before.
Anup has done Bachelor of Commerce from Jai Hind College and Business Management program from S.P.Jain Institute of Management at Mumbai, India.
He enjoys playing Table tennis, vacations with family, practicing yoga and trying to learn & practice the philosophy of Vedanta by Swami A. Parthasarathy.

Mr. S Abhaya Kumar
Entreprenuer who are business from zero to $700 Million

He is Founder and the growth of SHASUN to a $700 million company with strength of about 5000 dedicated employees with manufacturing facilities in India, UK, Africa and Australia. He has also pioneered the concept of Cord Blood Stem Cell Banking in India under the name “LifeCell” a Company offering the Comprehensive approach in the field of Stem Cells as one-stop shop solution in stem cells. Under Life Cell, Mr. Abhaya Kumar brought the concept of point of care Stem Cell enrichment by use of Harvest Technology product. This Medical Device is approved by the DCGI for point of care treatment for Autologous stem cells for therapies. His venture into visual effects and animation for movies attracted Hollywood filmmakers. Visual effects of blockbuster movies like, Spiderman series, Men In Black II & III were done in his office in Chennai. This business was then sold to Sony Pictures Images Works, USA.

Mr. Narayan Anand Shelar came to Dahisar on 10.06.1981 as a Layman, but his  Vision & Hard Work  made him one of the Leading Contractor & Developer. From last 30 years he is in civil construction Industry and has completed various key projects  in  and around Mumbai. Creativity & adaptability is the keyword of his organization which has always be lived in the Principal, Advancement & using new technology on a day to day basis motivated him in achieving the dream of staying as leaders for years.
He Constructed Hotel Express Inn at Ghodbunder consisting 28 rooms & in 2010, he constructed a Three-Star Hotel with 200 rooms at Nashik which has created a revolution in Hotel industry in Nashik. Express Inn hotel has won a global award as the ‘Luxury Business Hotel of the Year 2017’ at Luxury Travel Guide event held in London.
Not only in Construction & Hotel industry but he is well ahead in Charity also.

Manish Pandey is a social media evangelist, believes in the power of storytelling and an avid nature and wildlife lover.He enjoys working with various communities like Wikipedia, TEDx, JoshTalks, India Police Foundation and many more. He consulted with Reliance Global Corporate Security as Lead, Digital Transformation, currently heading digital branding and community building for JoshTalks and loves conducting social media workshops for entrepreneurs, CXOs, and students

Pravin Darade is a 1998 batch, IAS officer; born and brought up in Manmad near Nashik District, he belongs to a family of farmers. He is the holder of Masters Degree in Structural Engineering from IIT Bombay. He chose to become an IAS because he believes that IAS is the only service where you can simultaneously serve the society through your service. He is the Secretary of Chief Minister of Maharashtra, Mr. Devendra Fadnavis. Known as CM’s men-Friday, Pravin Darade has been roped in as Additional Metropolitan Commissioner (MMRDA), he is known as Metro Man for expediting the Nagpur Metro work.

Believes in ” If you can Dream it ….You can do it”.
She is the Founder and MD of
” Young Minds” Educational Solutions and Consultancy services, An Entrepreneur,
Winner of Mrs.Global United 2017 ( USA) , Winner of Mrs.International Worldwide Queen 2015 ( Hong Kong) and is a proud Cancer Survivor.
She has received more than 40 awards for her work in Educational, Social and Entrepreneurial segment, to name a few ” Pride of India ” , National achievement award for young entrepreneur 2017 , India International women of the Millennium 2017.

Savi Sharma, left her CA studies to become a Storyteller with a mission to inspire and touch millions of lives. Her debut novel, ‘Everyone has a Story’, an inspirational romance went on to sell over 1 lakh copies in 100 days and became India’s fastest-selling debut novel. Over 2 lakh copies of ‘Everyone Has a Story’ have been sold to date.
Her second novel, ‘This is Not Your Story’ released in February 2017 has also crossed the sale of 1 lakh copies. Both her books have regularly topped the Nielsen Book Scan and Amazon Bestseller List.
Her books revolve around themes like dreams, friendship, courage, self-discovery, and hope. She has a fan following of over 7.5 lakh followers on Facebook, Instagram and other social media platforms

Mr. B Raghu Alekh (CEO)
Serial entrepreneur and Founder of Uber Tech Labs Pvt. ltd.
He has founded a handful of companies in the last 10 yrs. His rich and profound experience across the fields of Luxury homes, Architectural Lighting, Digital & Affiliate Ad-Networks makes him an invaluable asset to the company. Moreover, for the last 10 years he has travelled extensively and has collaborated with global companies in the APAC, Europe, USA and the Middle East. Raghu is currently responsible for Sales and Marking at UBer Tech Labs.

Mr Ravinder Singhal
Commissioner Of Police
After completing his graduation from Delhi College of Engineering in Electricals, Mr Ravinder Singhal worked with GAIL for a period of Two years as Electrical Engineer. In 1996, he appeared in Civil Services examination and was chosen as an IPS officer. In the 19 years of service as a bureaucrat, he has worked in different capacities at different locations both in India and abroad. His journey as a bureaucrat started with the mandatory training at Mussoorie and Hyderabad. In year 1998, he had his first posting as ASP – Sangli city and in year 1999, and was posted as DCP in Amravati. In year 2002, he was posted as SP Nashik district where he, along with my team handled the entire management of Kumbh mela at Trambakeshwar from police perspective. The whole event had passed off peacefully and successfully for which he was awarded with the DGP’s insignia.
IPS Krishna Prakash
First Indian Civil Servant to complete Ironman Triathlon
Currently serving as the IG VIP securities in Mumbai, Krishna Prakash is an IPS officer of the 1998 batch. He finished the Ironman race in 14 hours and 8 minutes, becoming the first Indian Civil Servant to achieve this feat. The Ironman triathlon is one of the hardest one-day endurance race in the world. It requires an athlete to cover a staggering 140 miles from the beginning to the end.

A Shoe Fanatic, an Enterprising Person leading a team of skilled people with an aim to provide best footwear care services under the brand name of Futstep Shoe Laundry.

Mr Anuj Kale (Founder – The Leewardists)
An Architect/ Urban Designer based out of Pune who has been working as a comic book artist for the past 2.5 years and has been making Web-Comics about Architecture, Sustainability and Urban Design to create awareness about the particular field.